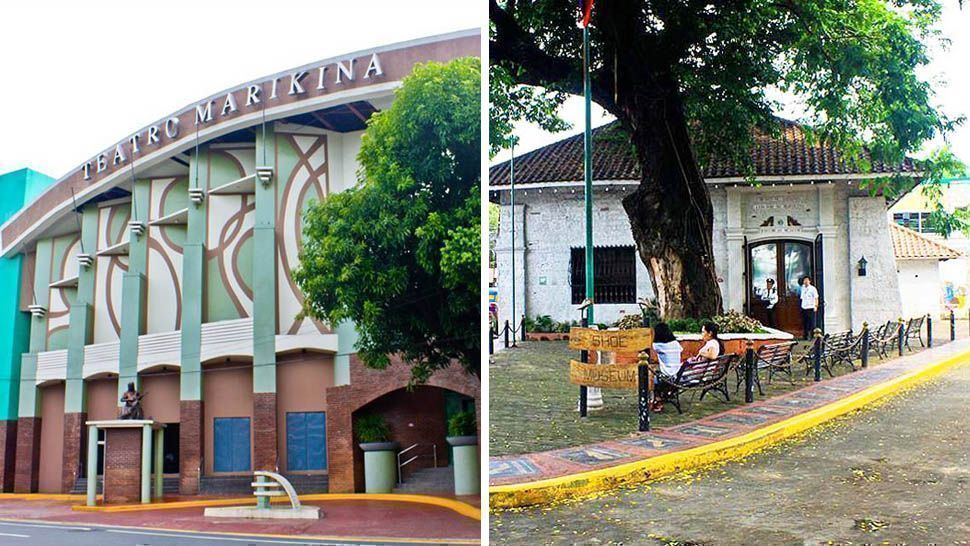 This Marikina local shares why she loves her neighborhood, and how there’s a lot more going for this city than just its shoes

A quick visit to Marikina will confirm what everybody says—it’s clean, it’s orderly, and there are lots of open, green spaces to explore. Stay a little longer and you’ll notice kids of all ages cycling about. And in the afternoon, you’ll see senior citizens relaxing at a town plaza, and children walking safely home from school.

Marikina City has carved itself in another image apart from being the country’s Shoe Capital. It has now become an ideal Pinoy city—orderly, peaceful, and properly planned—situated in the eastern part of Metro Manila. The secret to the success of this city is that it is made up of an very efficient local government and a disciplined and warm community. If that’s not enough to convince you to move here, perhaps these five more reasons would.

This city helps you get fit! 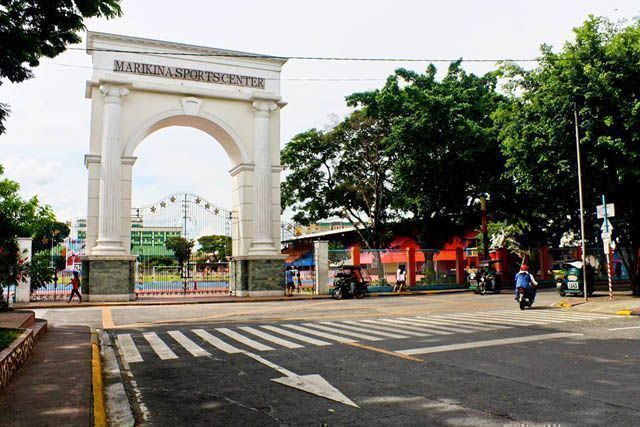 Marikina encourages you to walk—with its unobstructed paved sidewalks—as well as cycle your way around the city with its bike lanes. Its many open spaces like the Riverbanks amphitheater (and the actual river bank) are favorite spots to jog, walk, and play in, or simply walk around in to clear one’s head. And right in the heart of the city is the Marikina Sports Center, which features a 400-meter track oval, an Olympic-size swimming pool, fitness gym, and courts for different sports. With a P10 entrance fee, it’s definitely cheaper than your average gym membership. 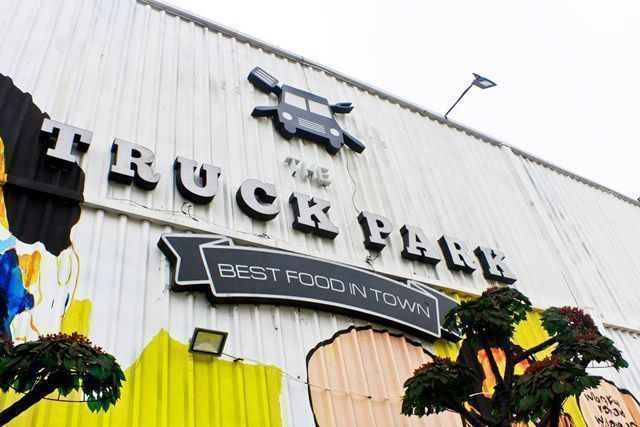 Marikina city has recently popped up on the radar with the emergence of Lilac Street and Mayor Gil Fernando Avenue with its hip, mural-painted The Truck Park as a foodie destination. But even before the newbies took over, Marikina already has its own distinct food scene. 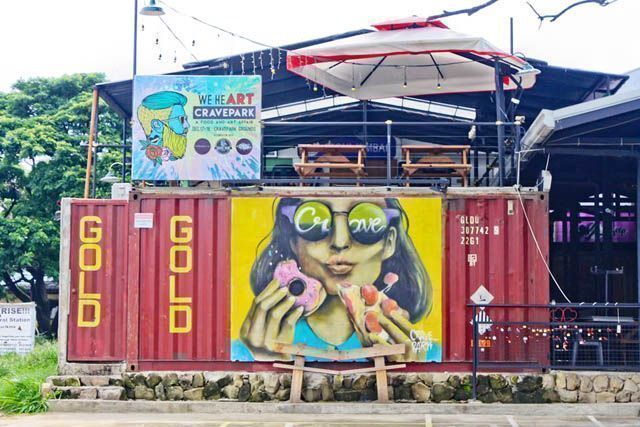 Beloved eateries have been feeding the city for years like Jesus Panciteria (it has a no-frills dining area and retro signage, but it has been feeding Marikeños for decades), Macky’s Goto, Mama Chit’s Coffee House, Tapsi Ni Vivian, and Mang Frederick’s Barbecue. And don’t forget Luyong Restaurant, which has been serving Cantonese food since the 1950s.

Marikina has a lot of culture. 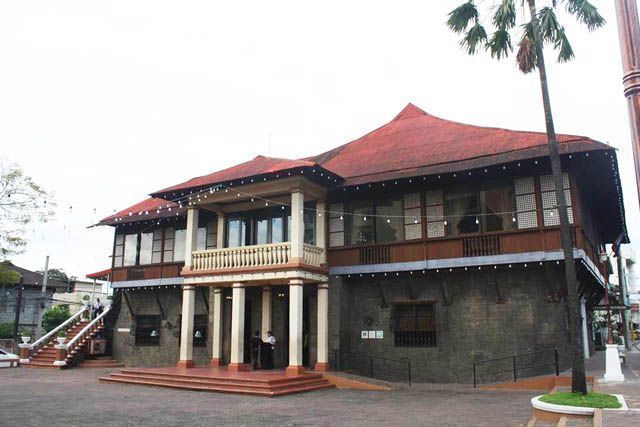 A visit to the Kapitan Moy Museum—the birthplace of shoemaking turned into Marikina’s Sentrong Pangkultura—would result in a quick history lesson about the city. Old black-and-white photos on a wall on the ground floor would give guests glimpses of Marikina life during the turn of the century. 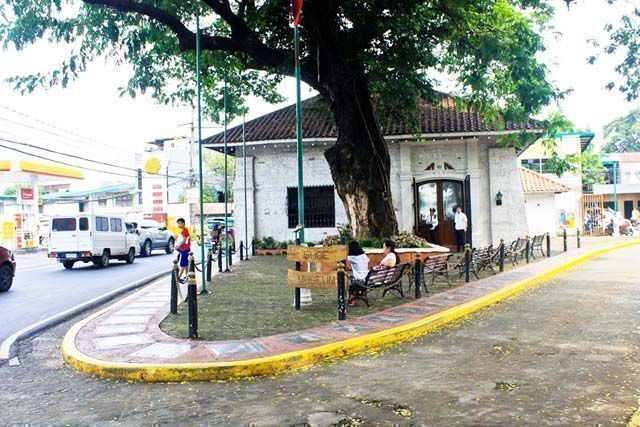 A few steps down the road is the Shoe Museum, which houses the infamous shoe collection of the former First Lady Imelda Marcos. Also featured in the museum are footwear of local and international personalities, as well as a tableau on the history of shoemaking in Marikina. 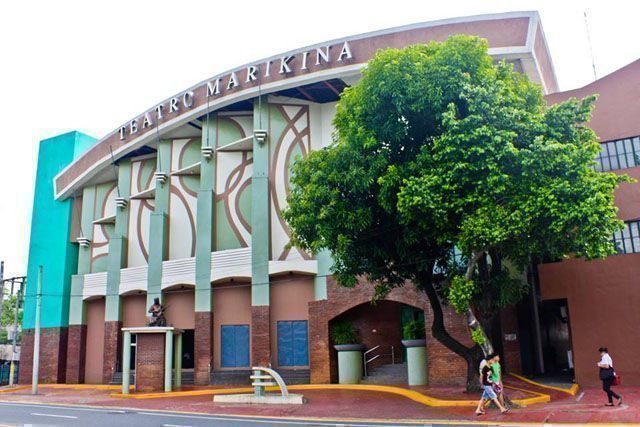 Take several more steps and you’ll find yourself at Teatro Marikina, the performing arts center of the city. Local shows and concerts are staged here, as well as the summer workshops for kids organized by the City Hall.

There are lots of budget-friendly shopping spots all around. 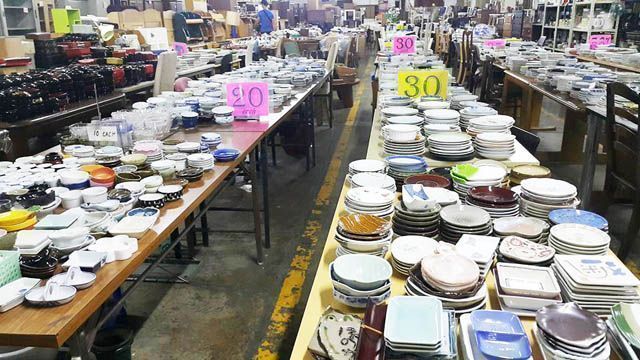 Marikina has no shortage on good value-for-money shopping haunts. Riverbanks Center mall leads the way with its many outlet stores of international and local brands like Guess, Nike, Adidas, Puma, Bizaare, BNY Jeans, and Page Jeans.

The Philippine International Footwear Center across the Our Lady of the Abandoned Church offers Marikina Made Shoes as well as leather and shoe making materials. If you’re looking for more trendy offerings, check out the sexy styles of Lupe Saenz shoes. If you want something more luxe to splurge on, go for the bespoke and old-fashioned detailing of customized men’s shoes at Black Wing Shoes (by appointment only).

For more budget-friendly items for the home, there’s JMS Japan Surplus shop, which sells pre-loved sofas, dining sets, dinnerware, and bicycles—lots and lots of bicycles. Which you can use to bike around Marikina!

Everything is accessible and close by. 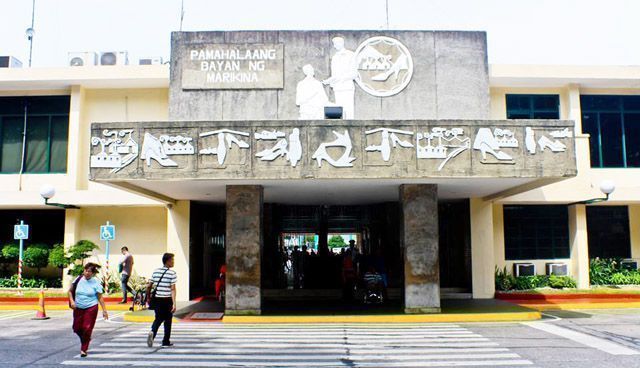 The best part of living in Marikina is that everything is close to each other. With an area of 22.64 square kilometers, every single place is just a short jeepney ride away. And there’s no shortage of the essential establishments in Marikina. It has a public market, a sports center, places of worship, a hospital, schools such as Marist School, St. Scholastica’s Academy of Marikina, Charist School, Marikina Science High School, and shopping centers such as Riverbanks Center mall, SM Marikina, and Blue Wave at Marquinton.

Marikina’s proximity to C-5, Katipunan Avenue, and Commonwealth Avenue makes it still accessible for those working in the central business districts of Quezon City, Pasig, and Makati City. 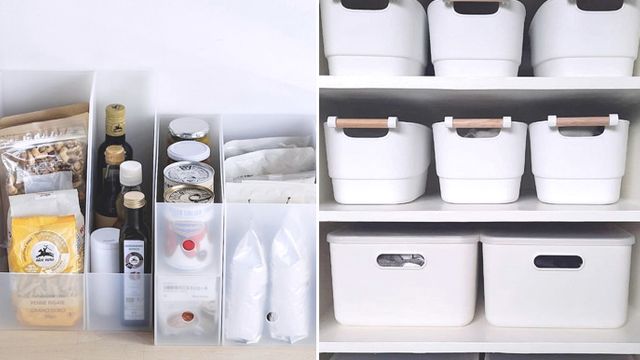 Keep your home from looking cluttered! 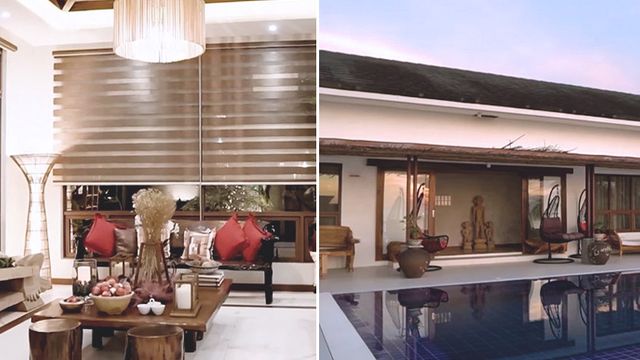 Ysabel Ortega describes the style of their space as modern Balinese. 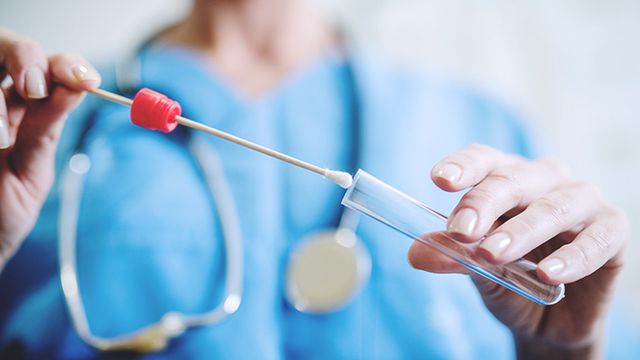 10 Home-Service COVID-19 Tests You Can Get in Manila

If you'd rather not head out to get tested. 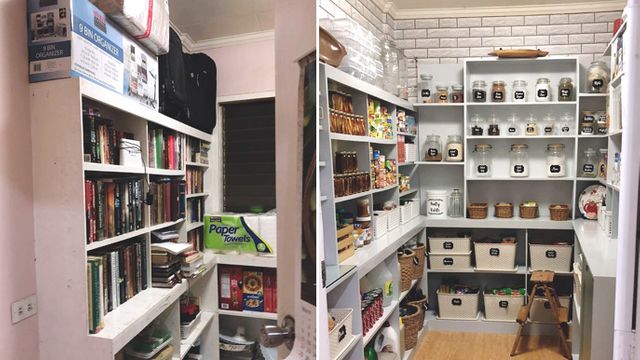 She spent around P16,000 for the entire makeover! 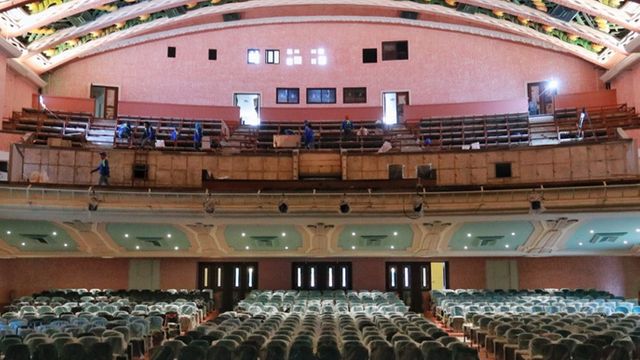 Take a Look Inside the Newly-Restored Manila Metropolitan Theater

Where heritage and architectural mastery meet. 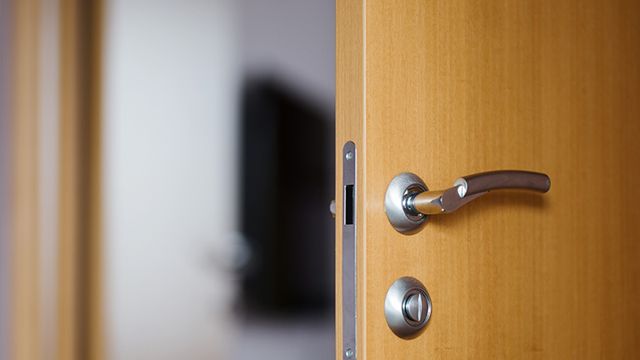 The Makati hotel was not accredited for staycations. 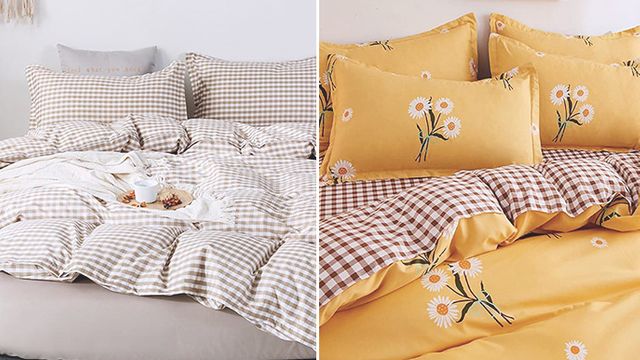 Each set includes a bed sheet, a duvet cover, and two pillow cases. 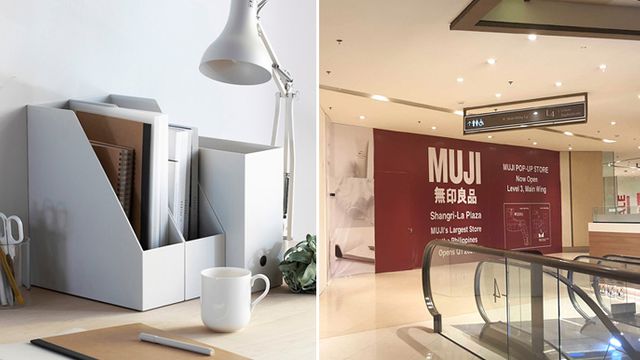 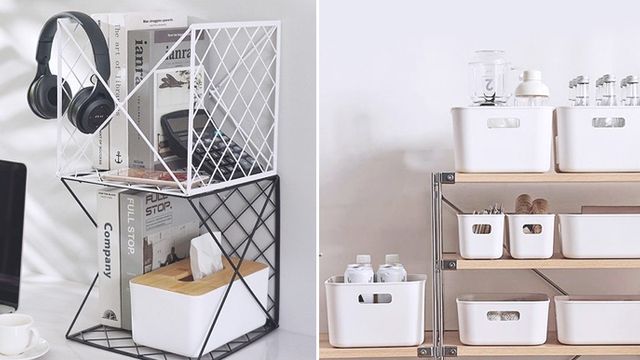 These will turn eyesores into eye candy! 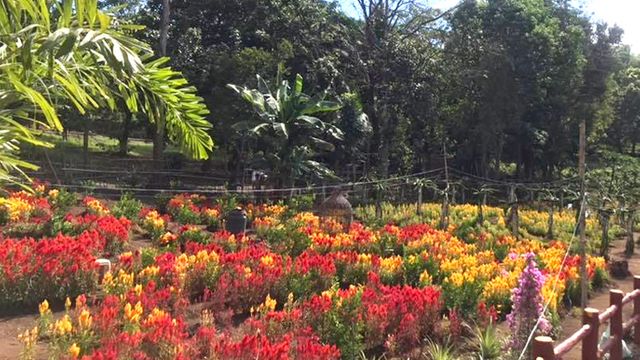 Check out these vibrant celosias. 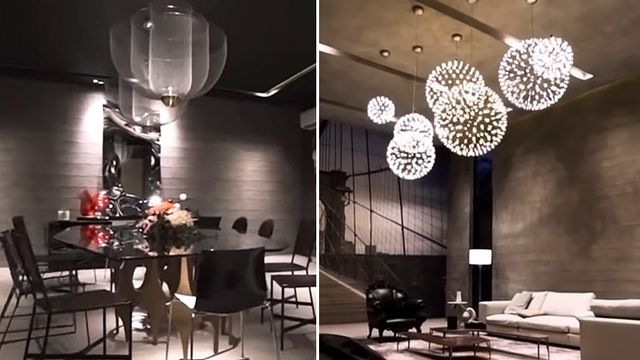 His walk-in closet could rival a department store! 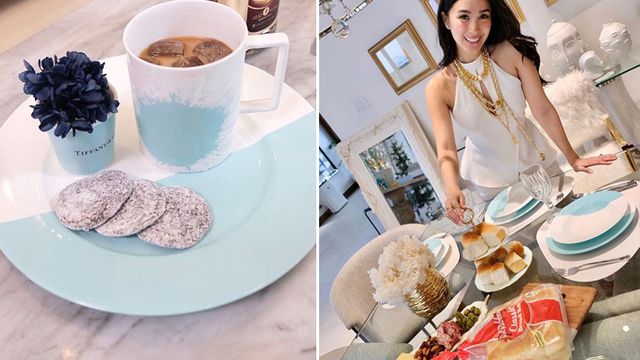 She has the plates and platters-including small "paper cups" for her coffee!
Load More Stories