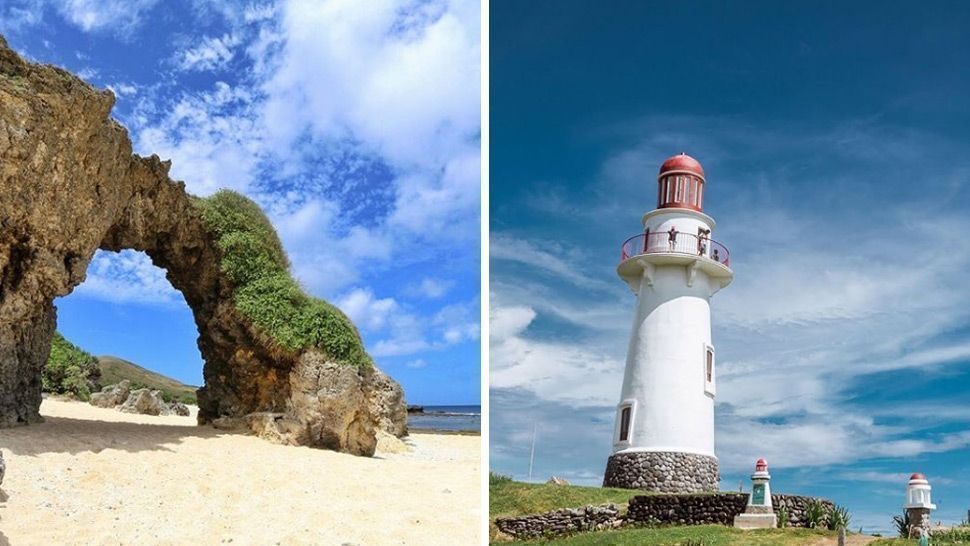 These Photos Will Make You Want to Visit Batanes

Making the journey to Batanes, way up on the northern tip of the Philippine archipelago, has always been worth it. That said, if you're only planning a trip now, be assured that the sights waiting there are breathtaking and truly unforgettable. Just the photos we've been ogling on Instagram have us sighing dreamily. The best part is that you won't even need to fly out of the country to see some of the most beautiful landscapes in the world—below, seven majestic prime spots to revel in.

But of course! Perched prettily on Naidi Hills, Basco Lighthouse is plenty historic: it stands on the ground that once was the U.S. Army's World War II telegraph communication facility...that is, before Japanese forces later destroyed it. Oh, and it's also privy to one of the best sunsets in Batanes.

Distinctive of Savidug Village are the Sinadumparan-type stone houses (there are three kinds in Batanes), characterized by two sloping cogon roofs shielding either side of these centuries-old homes. In case you didn't know, the island gets battered by storms more than any other point in the PH, so these small fortresses are symbolic of the Ivatan people's resilience.

This is where to head for a grand view. Chavayan Cove peers tentatively from between the surrounding cliffs, and little stores nearby allow you to rent a vakul—that's the traditional Ivatan headdress, BTW—with a complimentary sip of native sugarcane wine.

Pull a Maria from The Sound of Music because these hills are alive. Vayang's awe-inspiring green sweep rises and dives gently against the stunningly azure West Philippine Sea beyond. Say hello to the carabaos and horses that keep it manicured to perfection!

Located on Morong Beach, be sure to shoot a few snaps under this iconic natural rock formation! Talk about a photo frame sculpted by Mother Earth herself.

Most famous seaside pins boast fine white sand, but Valugan is unique for the vast expanse of large, smooth black boulders dotting its shore. It's said that these huge round stones came from the nearby Mount Iraya when it last erupted, leaving the eastern coastlines facing the great Pacific Ocean positively peppered with them.

Also known as Alapad Pass, Imnajbu Point is famous for the steep, picturesque road that cuts its path in between massive, swirling crags of mountain.

This story originally appeared on Preview.ph.