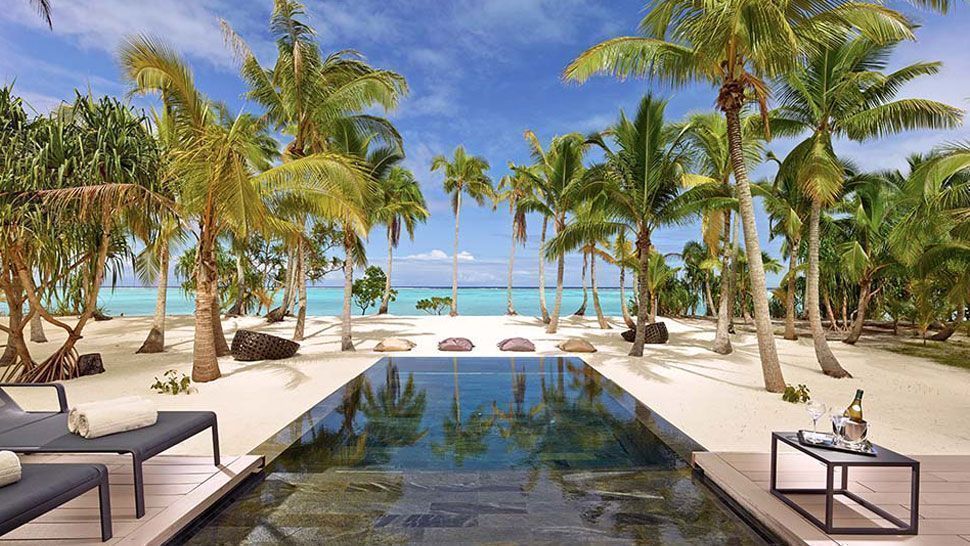 These gorgeous escapes deserve a spot on your bucket list

What makes a hotel so enticing? Some look at the amenities, while others put the room as top priority. For many of us who long for a relaxing break, the views and overall ambiance are important. If you're always on the lookout for new places to check out that requires a bit of an adventure, here are 7 charming hotels that have everything you need to enjoy a memorable stay. Of course, these are all worth the trip:

The Taj Lake Palace, a 16th-centurypalace in Udaipur, India, built by Maharana Jagat Singh II, has been transformed into an award-winning hotel that’s also served as a set to sexy films like the James Bond movie Octopussy.

The Taj Lake Palace floats on Lake Pichola, which makes it extremely secluded. Guests have to take a jetty to enter and leave the hotel grounds. The grand entrance includes stepping into a shower of rose petals once you reach land.

The Renaissance property of the Four Seasons in Firenze, Italy is romantic to its core, with antique furniture appointing each of the suites and the city’s biggest private garden as its backyard.

Italian heritage, Michelin-acclaimed dining, and the rich culture of Florence converge at the Four Seasons. A private dinner at the former home of Leonardo da Vinci, which offers a spectacular view of the famous Duomo di Firenze, is one of the hotel's highlighted offers.

A stay at this five-star hotel in Mayfair, London marries both the bustling energy of the surrounding city and the timeless beauty of an old world structure.

After exploring downtown London, come back to the iconic Claridge's for afternoon tea, then consult the hotel's guide, head back out to soak in all the social and cultural offerings that modern Britain has to offer.

If you’re dreaming of a destination wedding by the sea, then you probably can’t do better than The Brando, which already has Barack and Michelle Obama’s seal of approval. The luxury beach resort in the French Polynesian island of Tahiti just also happens to be actor Marlon Brando’s private retreat.

A week-long stay is more than enough to enjoy the island’s amenities, just take it from Pippa Middleton and James Matthews. During the day, guests can take time to visit the tree-top bird's nest spa, Varua Te Ora, and in the evening, dine at the two-Michelin star restaurant Le Grand Véfour. Squeeze in a few water sports or outdoor activities in between.

“When you write of two happy lovers, let the story be set on the banks of Lake Como,” pianist Franz Liszt once wrote. The Villa d’Este, which sits just along the aforementioned lake, once belonged to Cardinal Tolomeo Gallio, before it housed many nobles and aristocrats from around the world and was converted into a luxury hotel in 1873.

In the daytime, guests can cruise around Lake Como, visit the nearby Belaggio, and take a walk around Cernobbio.

Situated somewhere amid the Atlas Mountains in Marrakech, Morocco, this idyllic hotel captured the attention of Richard Branson’s parents, who persuaded him to purchase the property shortly after laying eyes on it. The sprawling luxury retreat consists of 18 rooms and suites, each suite with its own balcony, while the nine Berber tents come with private decks and outdoor hot tubs.

Did we mention that it comes with breathtaking views of the nearby mountains? Apart from the scenery, the place is extremely family-friendly and it's less than an hour from the city of Marrakech. There's never a dull moment at the Kasbah as it offers a menu of activities that will delight any adventurous visitor: paragliding, camel riding, and trekking.

The Shangri-La is a timeless landmark on the Parisian skyline that’s become a go-to for proposals, weddings, honeymoons, and other life-changing occasions.

In a city of romantic, antique-furnished five-star hotels, the main selling point of the Shangri-La Hotel in Paris is the direct view of the Eiffel Tower from your hotel room’s balcony.