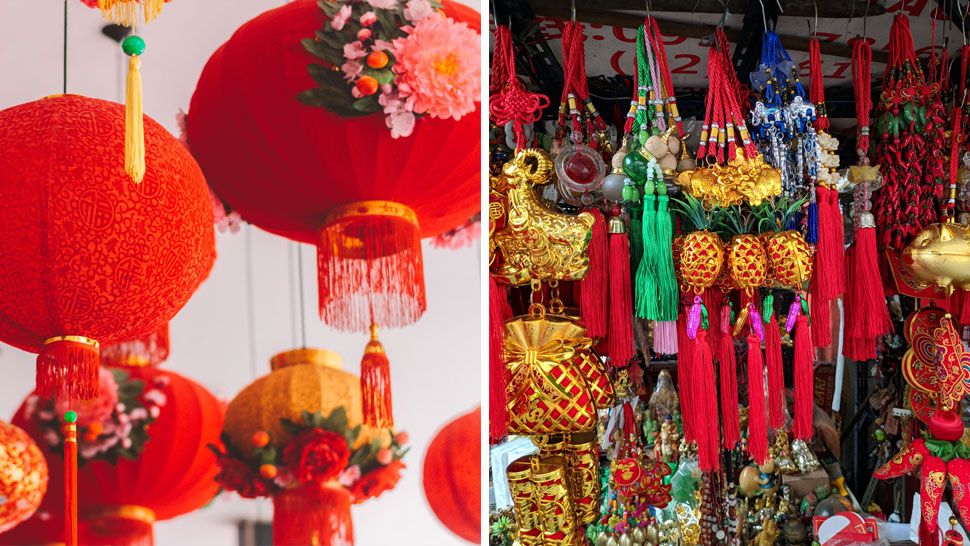 How to Avoid Bad Luck in the Year of the Pig

They say you shouldn't wear black or white on Chinese New Year. Are you familiar with such taboos?

Chinese New Year or Spring Festival falls on the 5th of February, marking the start of the Year of the Pig. Unlike the New Year that we celebrate every 1st of January, there’s no set date for Chinese New Year as the Chinese follow the lunar calendar as a guide. Aside from displaying lucky charms, wearing lucky colors, and cooking tikoy, many observe the holiday by taking note of certain taboos when it comes to cleaning, paying debts, and clothes when welcoming a new year.

Here’s a rundown of the dos and don’ts that are often observed during Chinese New Year:

Dumplings are often served during Chinese New Year not only because they’re delicious, but also because they symbolize wealth in the coming year. According to an article on CNN, “the shape of a Chinese-style dumpling resemble pieces of gold that were used as money in ancient times.”

You now have an excuse to cook your favorite noodle dish to celebrate the Year of the Pig. According to tradition, longevity noodles are served to symbolize happiness and longevity. China Highlights notes “the length and unsevered [or uncut] preparation are also symbolic of the eater’s life.” Sounds familiar? Perhaps the belief of serving noodles or pansit during one’s birthday as pampahaba ng buhay stems from this belief, too!

You’re allowed to sweep, mop, and dust your space, as long as you accomplish the tasks “before the stroke of midnight on Lunar New Year eve, February 4.” Doing so exemplifies ridding your home of bad luck. Make sure you DON’T clean the house or throw the garbage on February 5 as it symbolizes sweeping or throwing away your luck. If you must clean the home, Chinesenewyear.net suggests “start at the outer edge of a room and sweep inwards.” You can throw away the garbage the following day.

Make sure you settle debts before the New Year and do not demand payment on the day itself. According to China Highlights, if someone owes you money, do not go to his or her home to demand it. Anyone who does so will be unlucky all year.” Think of it this way, you don’t want to start the year owing someone money, right?

Do not wear black and white clothes

An article published on The Telegraph states, “white or black clothes are barred as these two colors are traditionally associated with mourning.” Aside from wearing red to attract luck, you may also consider wearing the colors yellow, gray, brown, and gold, according to China Highlights.

Like how we make sure we have receptacles full of rice, sugar, and salt; it’s a must to avoid empty rice jars as it’s considered as an “ill omen.”

Be careful when handling fragile items on Chinese New Year as “breaking things will break your connection to prosperity and fortune.”

Heads up, moms and dads. According to The Telegraph, “the cry of the child is believed to bring bad luck to the family.” While this is practically impossible if you have young kids — and probably untrue — parents are said to do everything they can to “keep children as happy as possible” during Chinese New Year. ChineseNewYear.net explains, "if a child cries, do not reprimand them. All issues should be solved peacefully...to ensure a smooth path in the new year."