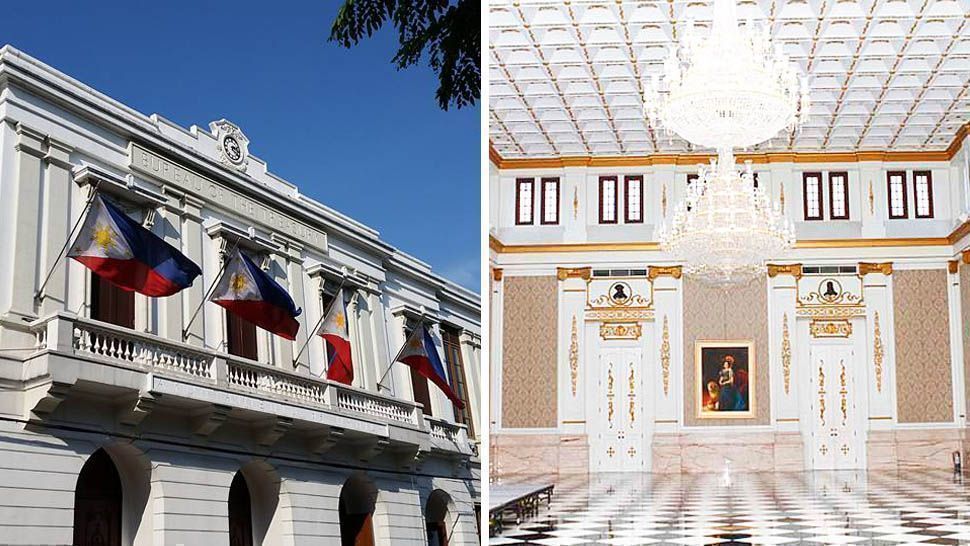 This Intramuros Building Was Destroyed 3 Times Over 400 Years

The Ayuntamiento de Manila has finally been restored to its former glory. One of RL's favorite interior designers worked on this project—here, she tells us the story and shows us what it looks like now.

Intramuros has always been a pit stop for tourists and locals for its picturesque cobblestone streets, centuries-old churches, and the place’s sheer ability to transport you back to the Spanish colonial times.

Until recently, one of its buildings—the Ayuntamiento de Manila—remained a relic, part of our history left in ruins by World War II. But with the help of a project initiated by the Bureau of Treasury in 2009, the building has undergone a massive restoration, proving to the city that our heritage sites do and can play a significant role in present day architecture.

The project, which started nine years ago, was awarded to consulting firm Schema Konsult, Inc. (SKI), who worked in close collaboration with interior designer Carmen Lim-Regala. Here, Carmen shares with us nine amazing facts about this historic structure and its impressive transformation.

The Ayuntamiento has been around since the 1600s.

Construction of the original Ayuntamiento started back in 1599, and it was completed in 1607 at the corner of Andres Soriano (formerly Calle Aduana) and Cabildo Streets near the Manila Cathedral. “It was the grandest building of its time,” says Carmen of its history. “It was utilized as a Senate and a Congress house, a seat of the Manila City Council, an office for the American Military Governor, and it was used by the First Philippine Assembly and the Philippine Legislature. Subsequently, it was used by the Bureau of Justice and the Supreme Court.”

It has been rebuilt four times. 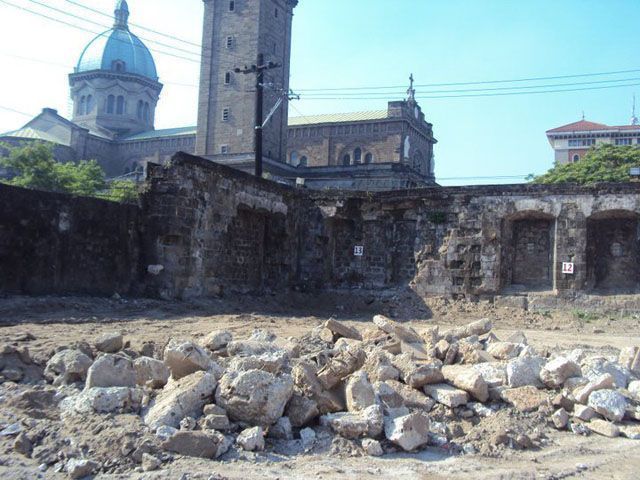 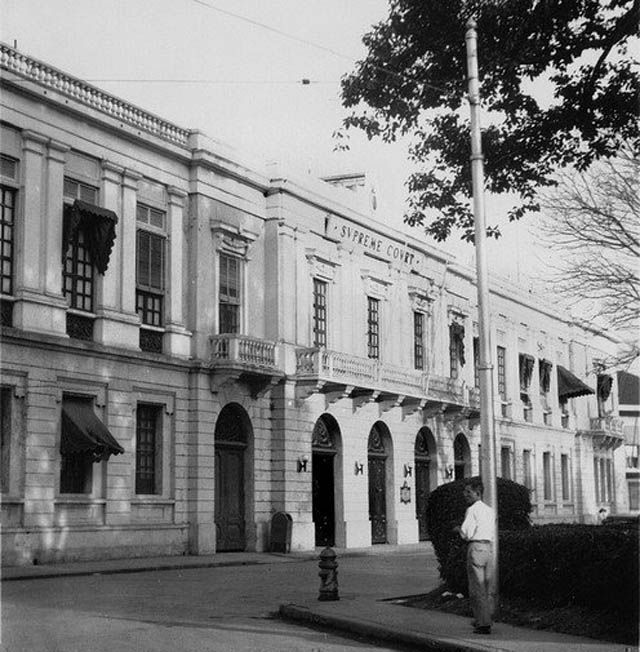 “My design team visited the National Library, UST Library, UP Library, and more, but we kept coming up with the same materials that SKI had handed over to us. Because the building had been damaged several times due to earthquakes, the war and fire, it underwent several renovations—many of the files were contradictory and we had to figure out how to sort all the information.” 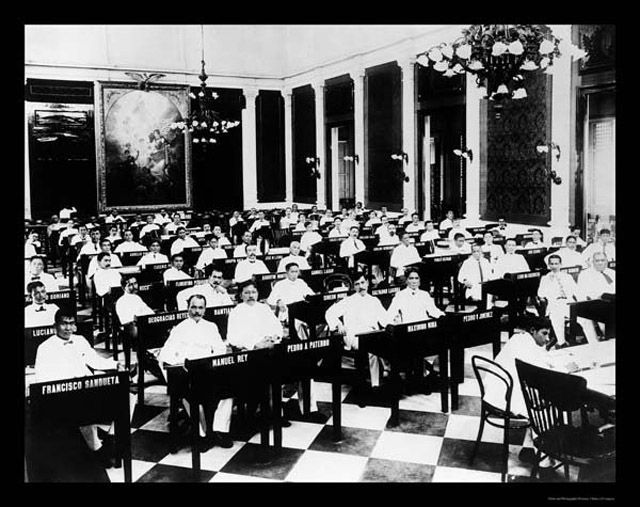 “Historical books and the historian on board were there to check if our design direction was accurate and relevant. Through several interior and architectural design books, we referenced other buildings in the same style and time period as the Ayuntamiento. It was also timely that I had gone on a family trip in Europe, so I took advantage of the interiors and absorbed whatever I could for the reconstruction,” Carmen adds.

The style of the original 1800s façade was retained. 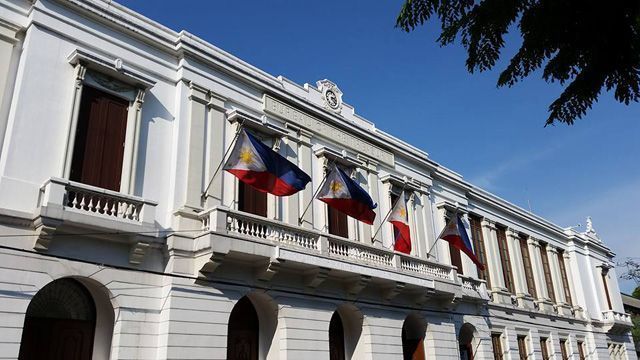 If you compare the new Ayuntamiento to its old, pre-war photos, the new façade seems pretty much faithful to the original façade. “The influences of Spanish and American colonization are very evident in the architecture and the interiors.” 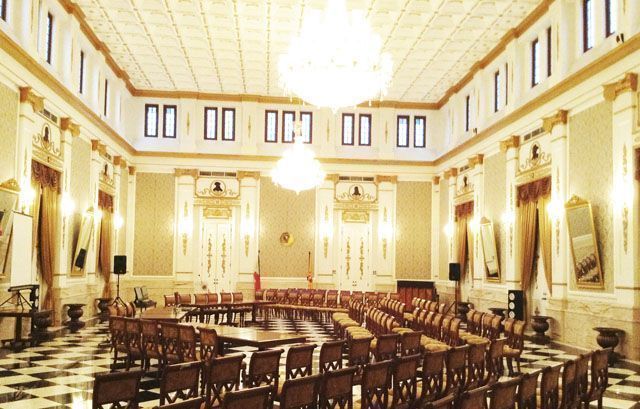 Relates Carmen: “We had to meet regularly with the SKI team, Architect [Jose Danilo] Silvestre (architect consultant, former Dean of the University of the Philippines College of Architecture) and Dr. Bersales from Cebu. I was only 30 years old when we started—the youngest on the team—and was the least experienced in the group. We went through several presentations to the Department of Treasury, the Intramuros Administration, the contractors.”

The Marble Hall was restored to its former opulence. 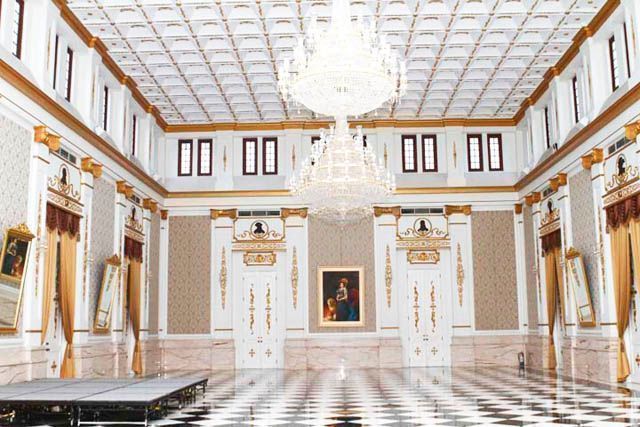 “We discovered that the bas-relief images on top of the Marble Hall’s doors were real people—we researched these personalities, one by one,” Carmen recalls. “It was a challenge to find real black marble for the black and white checkered flooring…it wasn’t available locally. We needed to import the exact black marble with white streaks. We couldn’t justify using black granite (which could be locally sourced) since the room itself was always called the ‘Marble Hall.’”

Intricate murals were introduced to the Sala de Seciones. 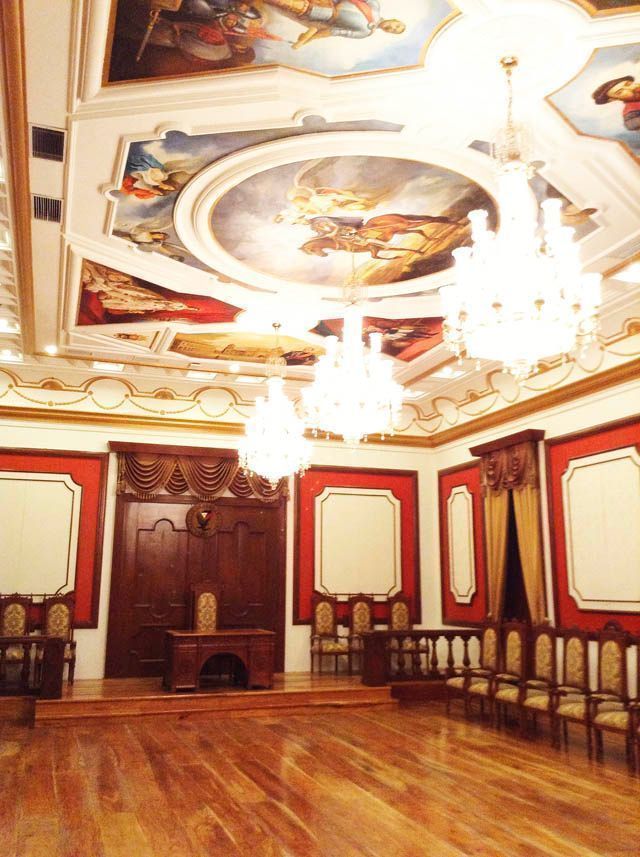 The other rooms and halls in the building were also refurbished in the classical manner. “The ceiling mural details were difficult to picture since old photographs had become so faded over time. We utilized similar murals from the same time period—that of Spanish kings and queens poised in courtyards and landscapes.”

The Grand Staircase is simply breathtaking. 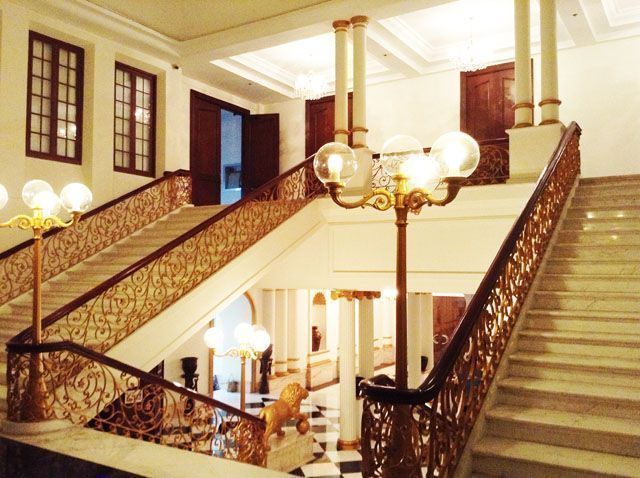 Once you enter the Ayuntamiento, you will be welcomed by the Escalera Principal or Grand Staircase, which is appropriately stunning with its gold lions on marble plinths, and intricate gold balustrade.  “This space reflects the transition from Baroque to Rococo to Neoclassic architecture,” explains Carmen. 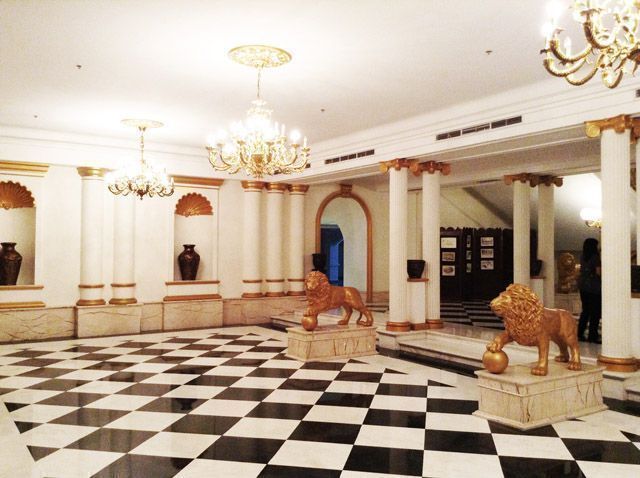 “We also found out that the original lions on the grand staircase had actually been transferred to Malacañang Palace, so we worked on replacing them instead.”

Modern innovations and technology are hidden beneath the classical details. 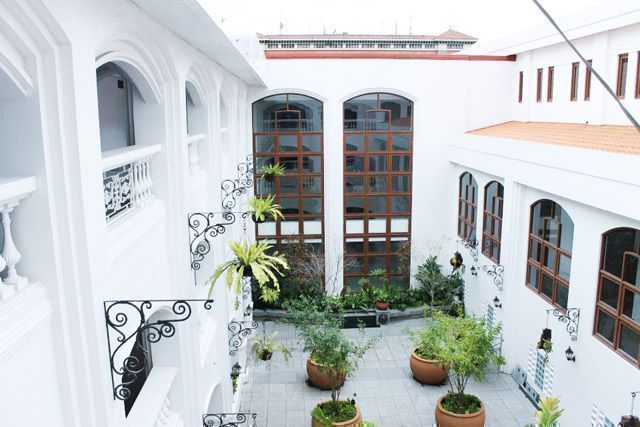 “All new technology and materials are hidden away or made to blend in with the interiors. In the Marble Hall, you will barely notice ACU vents despite the centralized air conditioning. Pin lights were hidden in the coffered ceiling, beneath detailed woodworking. The ceiling mural was done in canvas and adhered to the Sala de Seciones.” 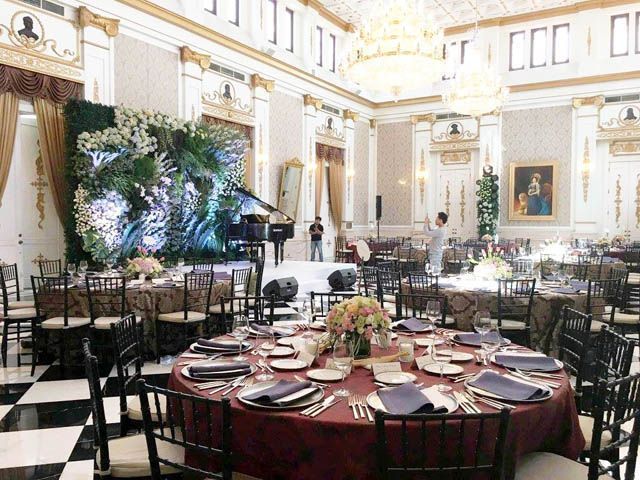 The Ayuntamiento now serves as the building of the Bureau of Treasury, but its public spaces are rented out by government institutions for special occasions such as NCCA events and the dinner for ASEAN leaders’ spouses for APEC 2015. “It’s something we can all be proud of,” says Carmen of the massive restoration. “One can learn a lot about our historical influences by just by looking at the building’s details.”

The Ayuntamiento is open to the public on Tuesdays and Fridays (except holidays), from 11am to 12noon, and from 4pm to 5pm, and a small entrance fee applies. For more information, visit the Bureau of Treasury’s Facebook page.

Images courtesy of CRL Designs, and from the Ayuntamiento Facebook page. To see one of Carmen Lim-Regala's home designs, click here.