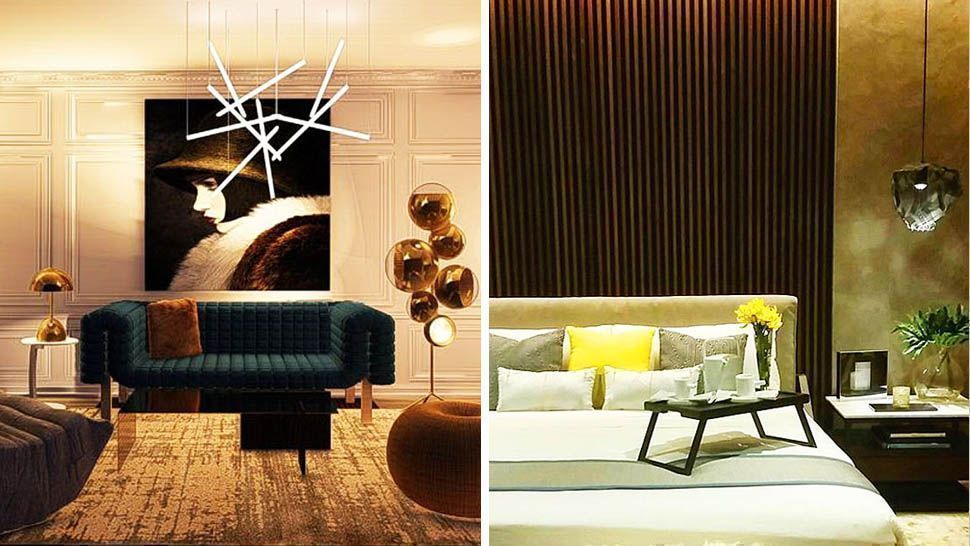 Seriously Elegant Ideas We Can Get From A Design Exhibit

The Philippine School of Interior Design (PSID) has always been known for their flair—for the sophisticated styling and finesse in the execution of their projects, be it school plates or a graduating exhibit.

This year, PSID pulled out all the stops for their graduating exhibit for 2017, which coincided with the school’s 50th anniversary. In the “G.O.L.D.” (“Glamorous, Opulent, Luxurious Designs”) exhibit at Uptown Mall, graduating students, faculty, and alumni put all these key words to good use by creating stunning booths that embodied the overall anniversary theme. Here are some highlights from the booths from the student, faculty, and alumni galleries, and the design ideas we can get inspo from. 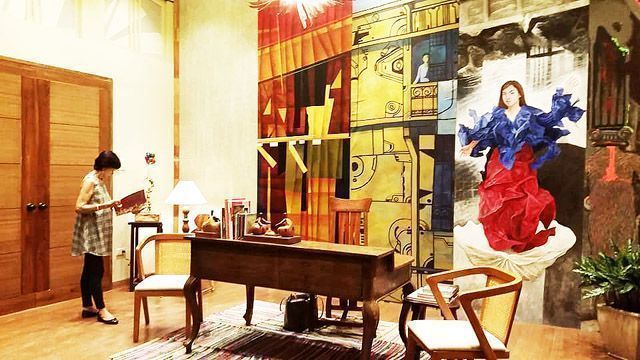 Teacher, interior designer, and PSID alumni Mary Ann Venturina Bulanadi took a highly conceptual approach. This den/study room is a proposed adaptive reuse for a room in Bahay Nakpil-Bautista, a historic, the century-old house in Quiapo, which was the residence of Gregoria de Jesus and the Tahanan ng mga Katipunero. Architectural details such as grilles the reflect the house’s early-20th-century Secessionist style, and the magnificent mural is a collaborative work between artists Alfred Galvez, Julius Legaspi, Derrick Macutay, Abe Orobia, and Jared Yokte. 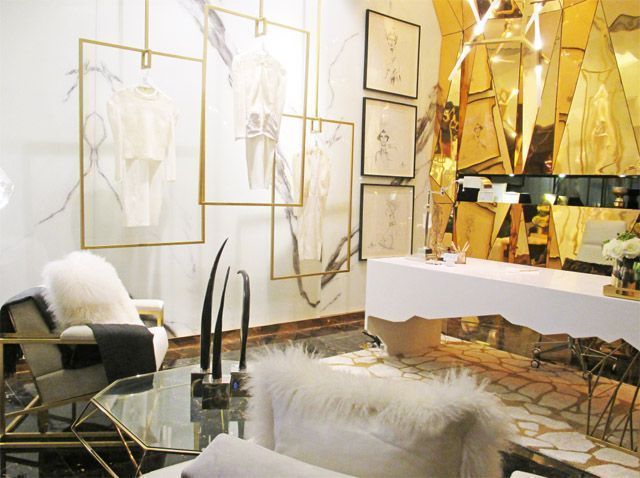 The students of Booth 4 approached fashion designer Tony Evans to create an atelier based on the deconstructed peplum of one of his dress designs. The result: a brave, flamboyant take on deconstructivism—with a lot of fashion-forward glam thrown in. 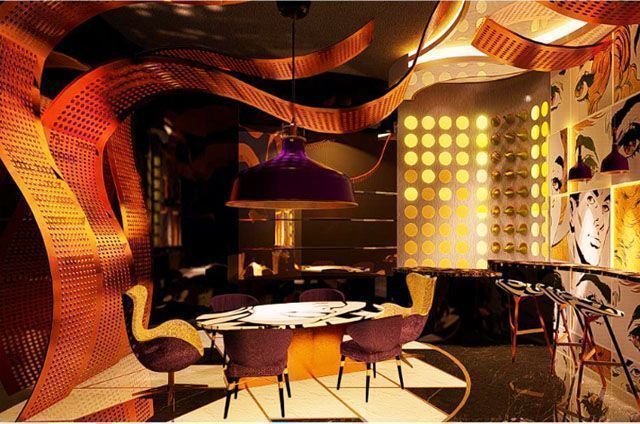 “Pop art and luxury don’t normally coexist,” say the students of Booth 2. So they made an experiment on creating a pop art-themed booth that didn’t use the typical Lichtenstein-esque cartoon colors of red, yellow, and bright blue. The end result is a sophisticated but fun take on the 60s trend. 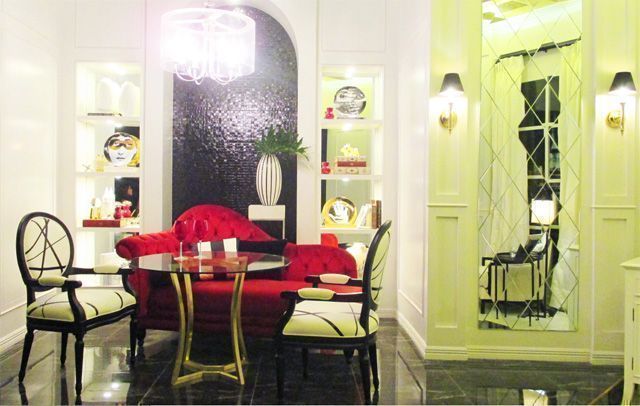 Neoclassic style was the inspiration for the students of Booth 8, but instead of making a room filled with frothy pastel colors, they went the opposite direction and created a penthouse in chic black and white (and a bit of gold, of course).

A Pinoy theme that isn’t literal 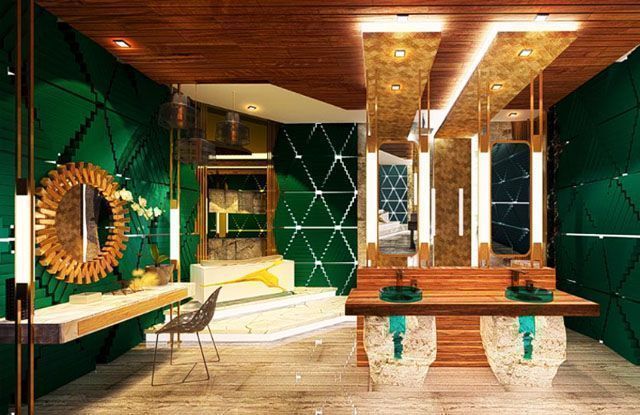 The students of Booth 12 took a different approach to the Filipino theme. Instead of using the typical capiz panels and indigenous pieces for their bathroom, they took a pattern from a traditional Mindanao fabric and translated it into a stepped pattern on the walls. 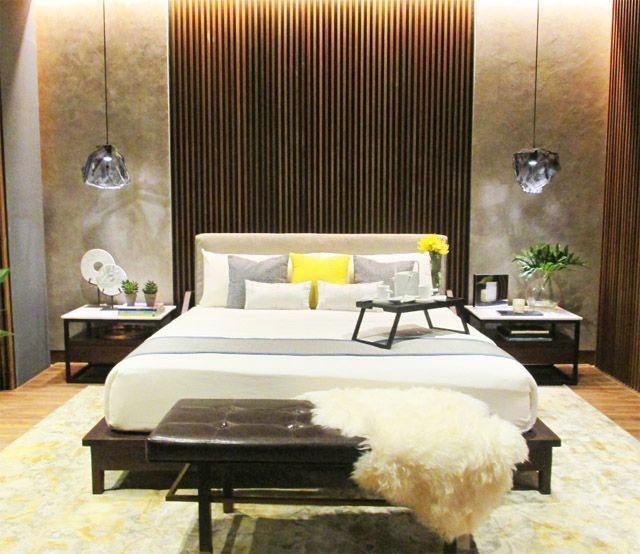 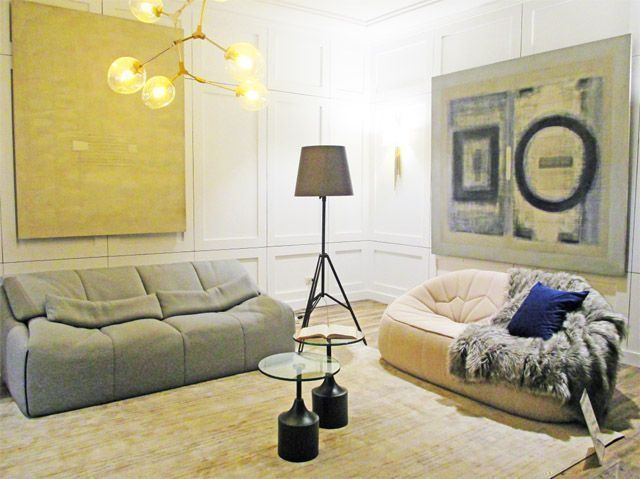 Empire Designs’ Vianca Anonuevo and Mark Steven Perez are known for their all-out, glamorous interiors, but this time, they tempered it by creating a quiet, soothing, minimalist-modern living room. The glam touches are still evident in the matte gold accents and highly sensuous fabrics. 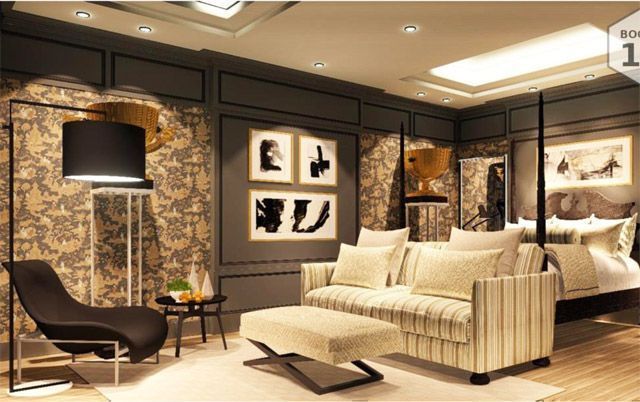 Alumni and interior designer Michael Pizarro played on the luxurious theme, but tempered it with a refined and almost-symmetrical classicism in this bedroom. Marbled wallpaper accents the paneled walls, while traditional-style furniture pieces of Michael’s own design are upholstered in contemporary fabrics.

See the rest of the exhibit in person at G.O.L.D., which will be open to the public from October 1 to 31, 2017, at the ground floor of Uptown Mall in Bonifacio Global City (during mall hours). For more information, visit their Facebook page.