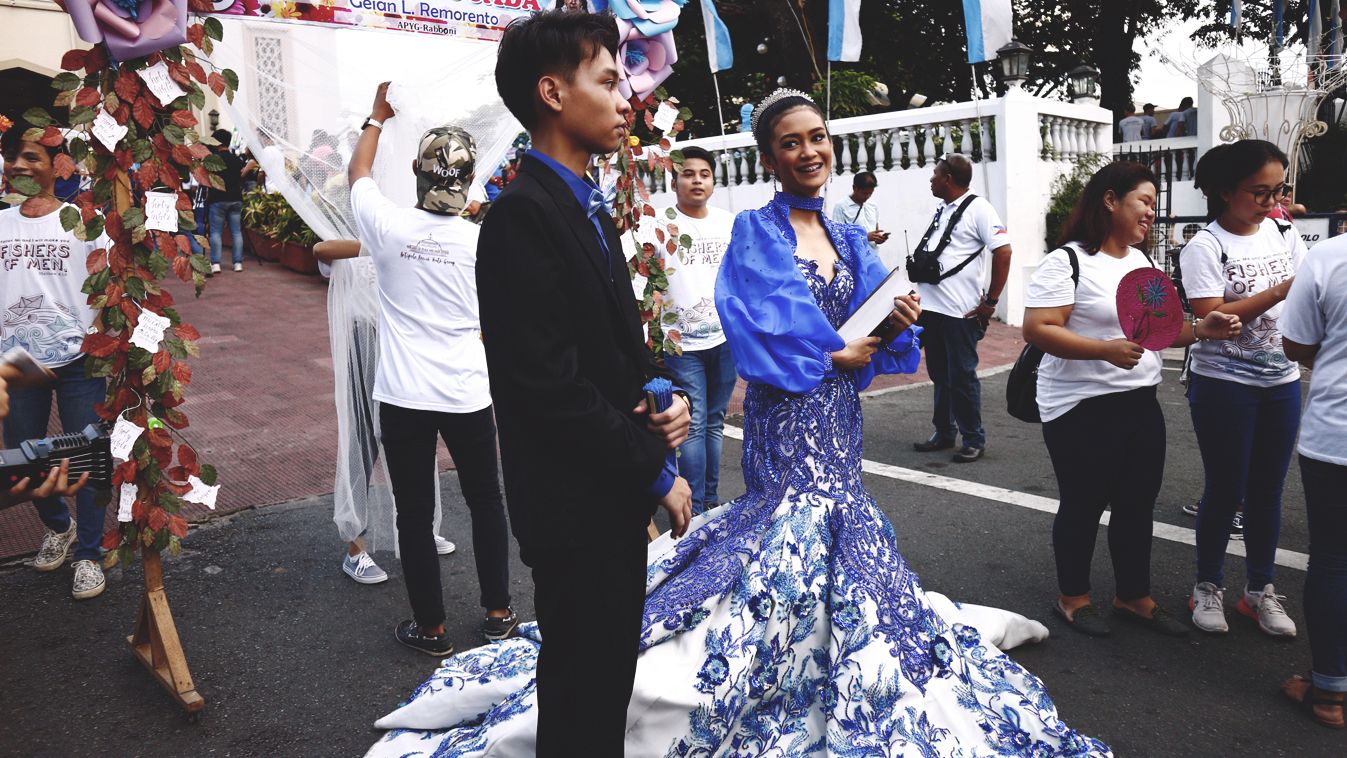 Rabiya Mateo unfurled her giant angel wings in the Philippine flag's colors and on cue, tens and thousands of Twitter posts were hashtagged #AribaRabiya. It's Miss Universe season in the country where beauty pageants are a national obsession.

There are only two events that can shut Manila traffic -- a Manny Pacquiao fight and a Miss Universe coronation. In the case of the 69-year-old contest, expect a flurry of intentional sick leaves and viewing parties. This year, it's for the 24-year-old Filipina-Indian from Iloilo, who is fighting for the Philippines' fifth crown, or the third in six years.

The Philippines' obsession with queens of beauty is deeply rooted in tradition. Take the annual Santacruzan, where every barangay selects the fairest girls and crowns the most beautiful their Reyna Elena, said Rodgil Flores, the mastermind of pageant bootcamp KF or Kagandahang Flores.

"We are always in search for a queen," Flores told reportr. "Sa lahat ng sulok ng bansa, whenever there are festivals, there's always a beauty pageant. It's the highlight."

"The Santacruzan, where ladies walk on the streets. It's like the evening gown competition," he said.

While she was trending on social media on Friday, Mateo broke down in an Instagram live, apologizing for her performance during the national costume competition. She did not wear head piece to the Victoria's Secret-inspired Rocky gathercole number.

"I'm so sorry kung na-disappoint man kayo sa akin," she said, adding she did her best.

From fan to queenmaker

Flores' fan story is the same as those who got into pageants before Cable TV, when Miss Universe was an event in free broadcast. Except that he took it one step further, dropping his job at glass-maker Asahi to mentor beauty queens full time.

He recalled watching the 1974 Miss Universe in Manila, at that time, the only thing showing on TV. "I was really amazed. It was a fairy tale come to life, beautiful women with blonde hair," said Flores, who was seven years old at that time.

By the 1994 hosting of the pageant in Manila, Flores was full-on pageant coach, mentoring multiple Miss International, Miss Earth and Miss Universe-Philippines winners. His two wards -- Abena Akuaba of the U.S. and the Philippines' Samantha Bernardo were the top two at Miss Grand International.

Even during the pandemic, the trainings don't stop. Flores is handling 24 girls for Binibining Pilipinas, 30 for Miss Philippine-Earth and around a dozen for Miss World Philippines.

Like Flores, the creative director of the Miss Universe-Philippines organization, Jonas Gaffud, started as fan, according to his book, "The Crown: Journey to be a Beauty Queen."

The Philippines' two most recent Miss Universe queens, Pia Wurtzbach (2015) and Catriona Gray (2018) saw their celebrity clout skyrocket during their reigns, translating to endorsements, entertainment careers and platforms for their advocacies after they relinquish their titles.

From a bit player at ABS-CBN, Wurtzbach has hosted a travel show and appeared in at least two movies, one co-starring Vice Ganda. The Filipina-German endorses Huawei, Jollibee and BDO among others. She is now dating Beautiful Destinations CEO Jeremy Jauncey and is an advocate for the World Wildlife Fund for the environment.

Gray parlayed her Miss Universe title into TV hosting stints and music. She shares co-brand ambassador duties with Wurtzbach for Jollibee and BDO. However, her phone endorsement is Samsung. She helps Young Focus, a charity that helps children in the slums of Tondo.

For many, pageant success is a ticket out of poverty. In 2015, former housemaid Janicel Lubina, then 19, placed second to Wurtzbach in Binibining Pilipinas and finished top 10 at Miss International. Local pageants give out cash and appliances as prizes.

#AribaRabiya was number 1 Twitter hashtag after the national costume competition was livestreamed early Friday morning in Manila with almost 90,000 tweets. Also trending are Victoria's Secret, VS Angel, and NatCos.

Mateo said her costume made by the late Rocky Gathercole (who designed for Lady Gaga), made her feel like a Victoria's Secret Angel.

Fans were so eagle-eyed with details that they noticed that Mateo wasn't wearing a headpiece to complete the outfit, created by designer Manny Halasan and brought to Florida by Miss Universe-Philippines national director and 2011 titleholder Shamcey Supsup-Lee.

"Unfortunately, nahuhulog so it was hard for her to wear it so we decided na sa kung saan siya komportable because mabigat na rin kasi ang wings n'ya in the first place," Supsup-Lee told ABS-CBN. "We're so sad na hindi nasuot but still, Rabiya was still able to give us a powerful performance."

The 69th Miss Universe, held in 2021 but is actually a coronation of the 2020 titleholder, has multiple Filipino sponsors, a testament to its strong Filipino fanbase. Shoemaker Jojo Bragais is providing footwear to the candidates while U.S.-based beauty doctor Olivia Quido is providing skin care.

The Philippines is also the only country with a dedicated voting app for the people's choice, Lazada. The rest of the world can vote via the Miss Universe website.

During the last edition in 2019, rumors swirled that Ilocos Sur political kingpin Luis "Chavit" Singson would but the pageant from current owner IMG. Singson sponsored the Philippines' 2017 hosting (for the 2016 winner).

Flores, the pageant coach, said Mateo has what it takes to win.

"She's super beautiful and very eloquent. It's all systems go. She has very very high chances of winning," Flores said. 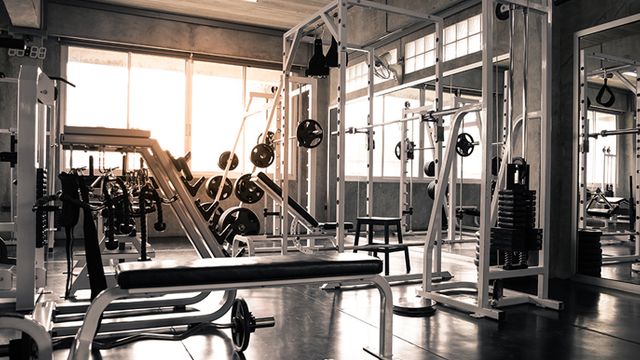 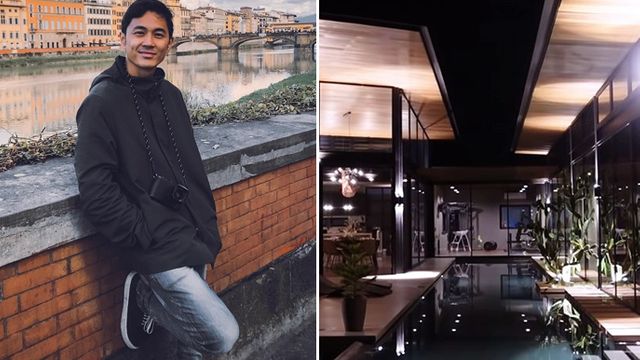 Slater Young’s 5 Most Practical Tips for Building a Home

The civil engineer has a lot of sound advice you can take to heart! 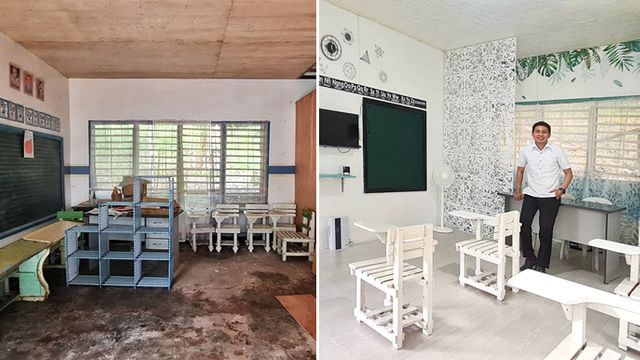 With P20,000, This Special Education Teacher Turned a Storage Room Into a Classroom

Everything was out of his own pocket. 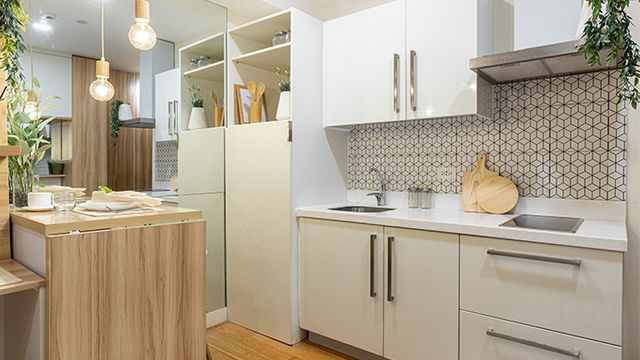 Got a one-wall kitchen? Here's how you can keep it organized and functional! 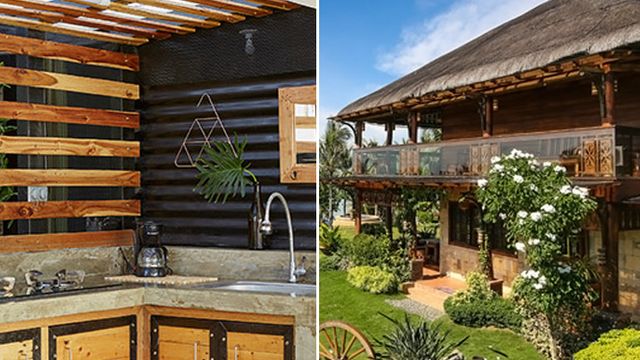 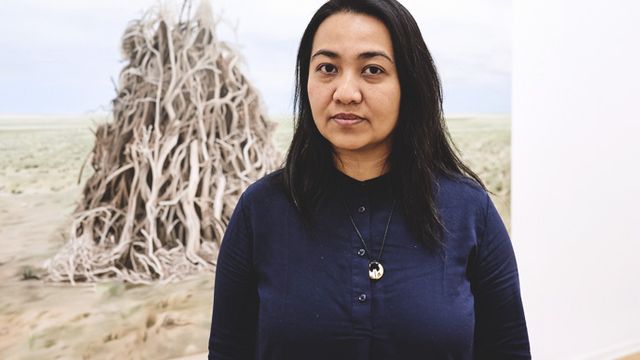 She is one of nine artists whose works are showcased in the current edition of the Gallery Children's Biennale in Singapore. 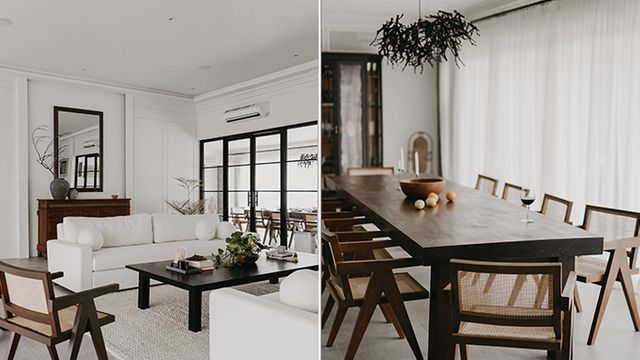 Past Meets Present in This Pamana Home in Iloilo City 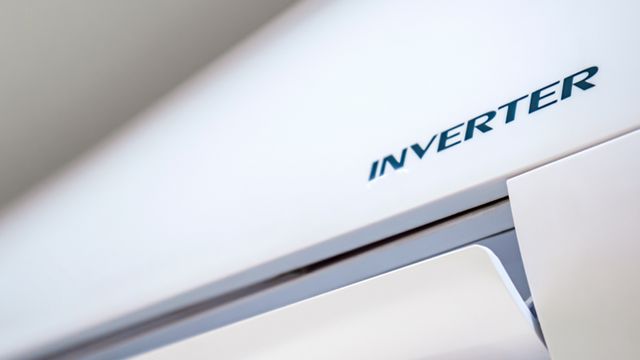 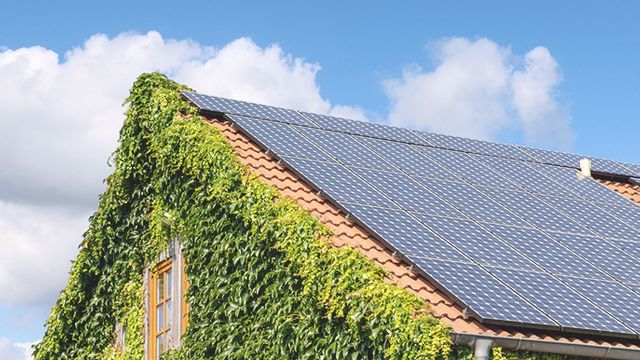 Where to Buy Solar Panels in the Philippines

These solar power system suppliers will help you shift to a sustainable energy source. 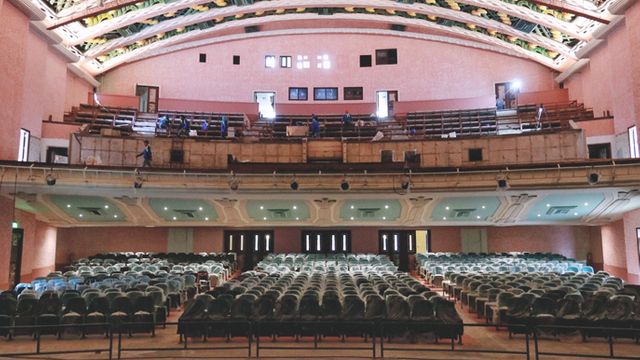 The Metropolitan Theater Will Be Opening at a Later Date

In adherence to quarantine protocols. 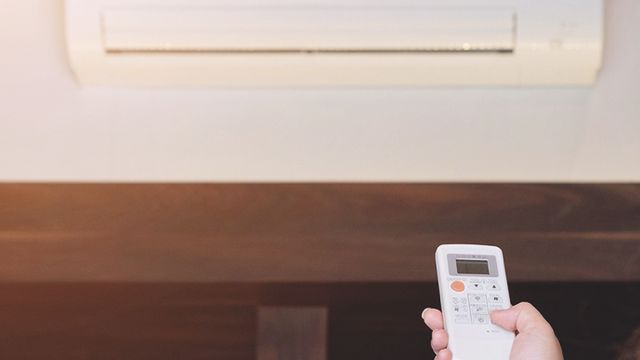 8 Simple Tips to Keep Cool Without Using Your Air Conditioner

These can hopefully help lower your electricity bill. 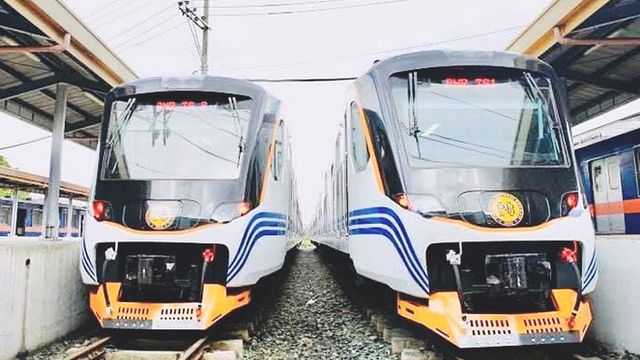 The PNR is Finally Running New Trains After Almost 50 Years